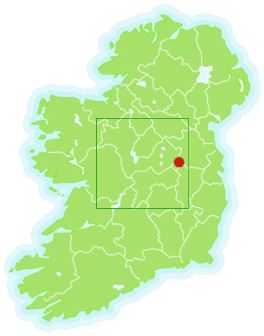 A large proportion of the high bog margins within this site have been planted with conifers over the past 40 years and this planting has taken place on both intact high bog surface and cutover.

Planting has been especially widespread at the eastern end of this site and the primary aim of this proposal is to remove most of the conifers in this area and to re-create conditions suitable for the regeneration of bog. An area of recent planting adjacent to wet bog has failed and a well-developed intact raised bog flora dominated by ling still occurs (Conaghan and Heery, 2003).

Mount Hevey Bog is a good example of a midland raised bog site which supports examples of the Annex 1 habitats *active raised bog, degraded raised bog (capable of regeneration) and vegetation of depressions (Rhynchosporion). The habitat assessment presented in the Natura 2000 form compiled for the site gives a global rating of A (excellent value) for active raised bog habitat. Raised bog habitats are now very rare in Europe and it has recently been estimated that the Republic of Ireland contains 50% of the relatively intact oceanic raised bog systems in Europe (O’ Connell, 1998)..

This site contains one of the largest areas of relatively intact raised bog in the eastern half of the country and, in addition, is one of the most easterly remaining extant sites. The raised bogs of counties Meath and Westmeath have been severely impacted by development over the past centuries and at present only a handful of good sites remain in a semi-natural state (Cross, 1990). Despite the damage which has occurred along the margins of this site, primarily as a result of peat extraction and afforestation, there is still a large area of very wet, active raised bog present.